There’s no dramatic countdown, smoke, or cheering crowd as there is for a rocket launch...

But when Brian Lim, CEO at The Emazing Group launches a new campaign, he’s generally surrounded by his employees; all of whom are fixated on the thirty-by-thirty foot wall on which the company’s analytics are being live streamed in real time.

“It’s like a command center,” Lim says. “It’s all right there in front of us- daily traffic and which products are selling best. We all look at it and get really excited when traffic spikes.”

Major spikes in traffic aren’t uncommon when you consider that The Emazing Group, which is home to a host of brands including Emazing Lights, iHeartRaves, and INTO THE AM is on track to generate more than $20 million in sales in 2017. But as the team monitors traffic and sales at the company’s California headquarters in real time, it’s what’s not happening that attracts Lim’s attention; the visitors who leave without making a purchase.

“I don’t take it personally,” Lim says. “There are lots of reasons why someone may not be ready to make a purchase.”

The odds are actually heavily stacked against merchants like Lim. In fact, research suggests 98% of the people visiting a site for the first time will leave without making a purchase. Combine this with the fact that it’s often much more expensive to acquire a new customer than selling to a repeat customer and getting a visitor to return to your site and make their first purchase seems improbable.

So how do you persuade the most stubborn visitors to make their first purchase?

If you’re Lim, you start with a hundred bucks and a pair of gloves that ultimately earn a well-deserved “attaboy” from Mark Cuban.

But the enterprise has humble beginnings with Lim selling LED embedded gloves used by artists to perform light shows out of his car trunk in parking lots throughout southern California a decade ago. Lim started with a hundred dollars, was disappointed in the quality of the gloves on the market, and used the money he earned to engineer his own gloves and found Emazing Lights, which is pioneering the art of gloving into a legitimate art form and global competition.

Those early days remind Lim of times time when he was kicked out of parking lots by lot owners who failed to understand the difference Lim was making with the popular gloves. “Our customers were certainly not the cool kids in school,” Lim explains. “Our customers use these gloves to perform for others and for the the first time in their lives they feel like a superstar. We have saved some of these kids from suicide.”

Today, The Emazing Group is growing, on average, 38% percent year over year, has earned Shark Tank investments from Mark Cuban and Daymond John, and has added two consumer lifestyle brands that give Lim the confidence to forecast accelerated growth well beyond the $20 million in sales expected for this year.

“Our goal is to grow 30% year after year for the next five years,” Lim says. “It’s a lofty goal but our brands empower people to express themselves in very unique and personal ways that engender a lot of customer loyalty.”

But what about those lost sheep; the site visitors who aren’t yet persuaded and leave without purchasing?

Lim relies on email to convince visitors to return to the company’s sites and make their first purchase. In fact, email accounts for approximately 25% of The Emazing Group’s revenue.

“It’s definitely a large channel for us,” Lim says. “It’s old and reliable but it just works.”

However, it’s harder than ever to stand out in the inbox…

Besides being busier than ever and opting into more email lists than they often have time to read, shoppers with Gmail accounts may be even more difficult to reach since Google silos promotional email in a tab separate from a user’s primary inbox.

“Splitting the inbox makes it even more difficult to capture attention,” Lim says.

Why then do visitors who have never made a purchase open Lim’s email at eye-popping double digit rates that crush industry averages?

To start, it’s email that doesn’t look like email at all…

Email to Rave About

It starts with a storyboard…

Then wireframes and finally the marketing team’s ideas are polished and made to look gorgeous in emails that look more like high quality concert posters, infographics, or lifestyle Instagram photography than text heavy traditional email.

“We design email the same way we design a website,” Lim says. “We have a lot of specialists under one roof at The Emazing Group who create automated email series that are beautiful and to the point. We’re really proud of the email we send.”

Especially the email series sent to people visiting iHeartRaves, which offers rave clothing and festival fashions, but leave without making a purchase. It’s a four email series scattered over a 30-45 day period that has recently persuaded visitors who were initially reluctant to purchase to pull out their wallets and spend.

ALERT: Lim is generously revealing exactly how he convinces stubborn shoppers to buy so you can adapt or adjust your email to do the same. Specifically, visitors to iHeartRaves who opt-in to the brand’s email list via a pop-up or contest can expect to receive the following email sequence which is carefully balanced with inventory levels so as not to run out and disappoint new customers:

The first email in the series simply welcomes visitors to the party that is iHeartRaves and briefly illustrates the value of joining the brand’s list (ticket giveaways, first looks, etc.):

“We’re not asking customers to do anything in the initial welcome email,” Lim says. “We’re just demonstrating how thankful we are that they want to hear from us and making sure they’re aware of all of the benefits that come with joining our mailing list.”

The Emazing Group follows its welcome email with social proof designed to reassure those who joined the mailing list that they made a smart decision and are in good company. Long before asking email recipients to act, iHeartRaves sprinkles ample social proof throughout the email to influence the reader.

Research suggests more than 70% of Americans say they look at product reviews, a leading type of social proof, before purchasing an item. Similarly, a separate analysis found almost 63% of consumers are more likely to purchase an item that has product ratings and reviews.

The brand starts broadly with reviews of the overall company and then narrows its focus to reviews and social proof surrounding some of its best selling products before asking email recipients to shop for those best sellers themselves:

“The beautiful design is intentional,” Lim says. “From the very beginning we train email recipients to expect something beautiful rather than the traditional text-heavy email they’re used to getting from other brands. It really boosts our open rates.”

If at any point in the process an email recipient makes their first purchase they are immediately removed from this email series and entered into an existing customer segment. Those who still haven’t made a purchase at this point receive a third email that is both direct and valuable; a discount toward their first purchase:

“It’s positioned as a generous gift from us,” Lim says. “We don’t include anything else with this email. It’s a singular message and intentionally direct. It’s our way of demonstrating we really want their business.”

In the fourth and final email in the series Lim and his team leverage the psychological principle of loss aversion to create a sense of urgency among indecisive customers. Knowing that people tend to fear losing something of value much more than they enjoy gaining something in value, iHeartRaves doubles down on the discount being offered by warning readers this is their “last chance” and that time is “running out”:

How successful has this series been in winning new customers?

The results, which have been rounded for convenience, include the following:

“That’s incremental revenue directly attributable to this sequence,” Lim says. “We’re so proud of the email we send. We put a lot of thought into making our email visually compelling and memorable. This sequence keeps us top of mind when people are finally ready to purchase.”

So why on earth would Lim quit such a successful business?

Importantly, Lim is actually doing something most CEOs never do; creating a stand alone business that can operate without Lim having to pull each and every tactical lever. While Lim isn’t actually quitting the business, he is shuttering certain tasks to free up time to think more strategically about the future and meeting that 30% growth target.

“I recently transitioned,” Lim says. “Instead of working in the business all of the time I’m spending more of my time working on the business.”

One of Lim’s smart new ideas is offering iHeartRaves shoppers the ability to create and share wish lists. Besides allowing brand lovers to create collections that demonstrate intent to purchase and allowing others to purchase for them, the wish list feature is also positioning Lim to significantly improve the degree of personalization of future email marketing campaigns.

“It has been a huge success,” Lim says. “Now we’re going to be able to tailor our email based on what’s on someone’s wish list. It’s like being able to read the minds of customers. We’re excited to incorporate the data into future email campaigns.”

Is about to become ultra-personal.

Schedule a free strategy session to have the Rejoiner team create a campaign like this for your brand. 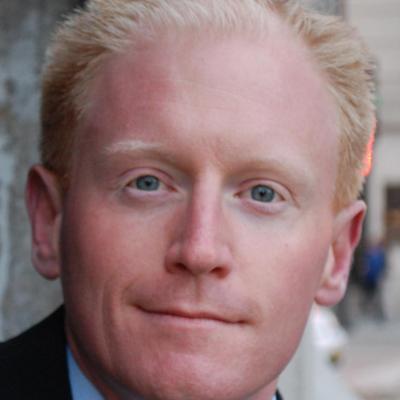 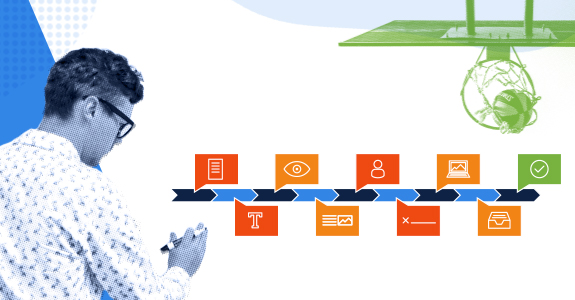 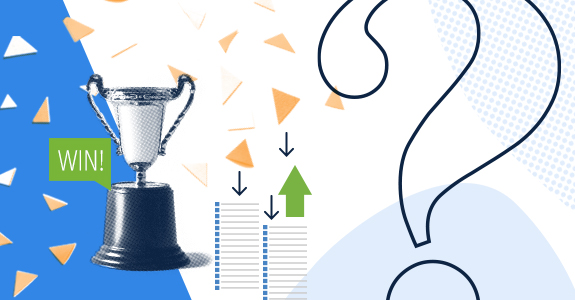 You’ve Grown Your Email List With a Contest. Now What?
Read More → 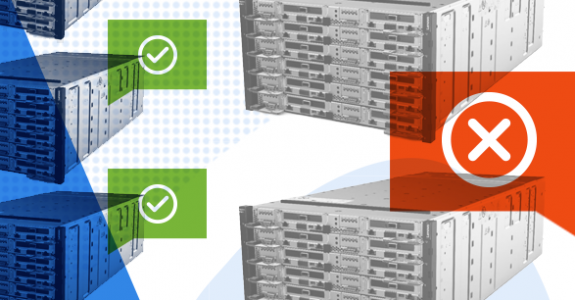 What is an SPF Record (and How Do You Create One)?
Read More → 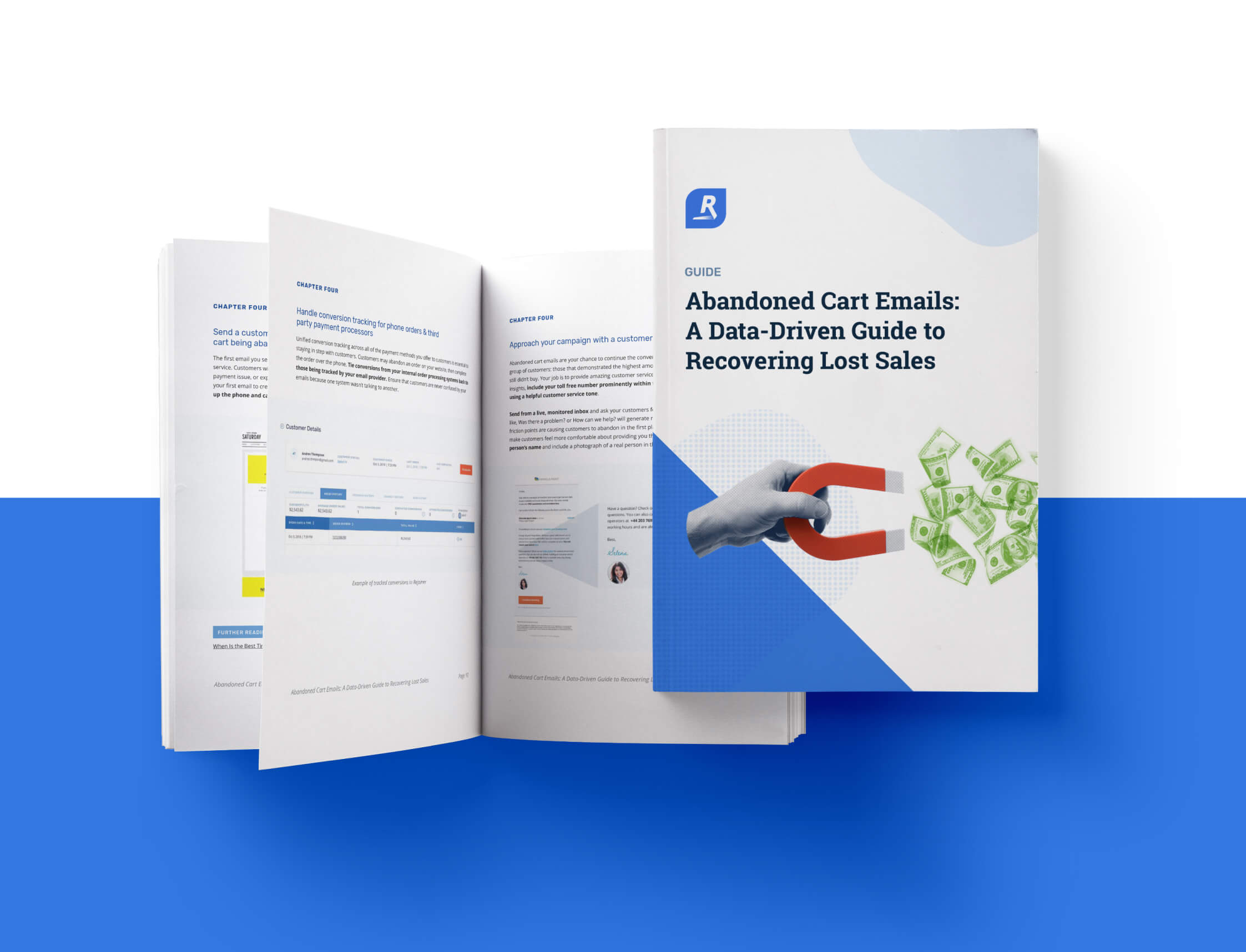